We're open 24/7 and ready to help you during COVID-19 with Sanitization Solutions.

How Far Does Wildfire Smoke Travel? 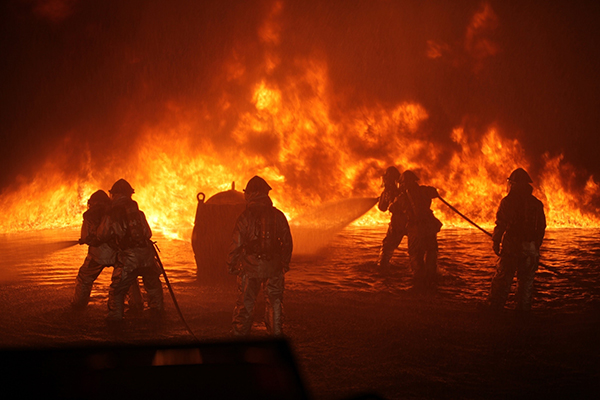 You may think you’re safe from wildfire smoke, but it can travel further than you think. In fact, wildfire smoke has been known to travel great distances, sometimes spanning thousands of miles from its original point of impact. They pose a grave danger to the surrounding wildlife and affect the air quality, further worsening the health of citizens and wild animals that are in the line of fire, metaphorically speaking. Data collected from satellites has shown that smoke plumes from a wildfire can go thousands of meters up into the Earth’s atmosphere.

The smoke from wildfires drifts upwards and can remain at extremely high altitudes before it eventually reaches urban environments thousands of miles away from the fire. The smoke can interact with other pollutants already present in the environment and damage the ozone layer. The elevated levels of the ozone layer are a major source of concern to people with health issues, as breathing the toxic air from the wildfires may cause throat irritation, congestion, and coughing in healthier people. Apart from that, it can also worsen existing conditions such as asthma, bronchitis, and emphysema.

It has been reported by the Journal of the American Heart Association that there is a connection between acute heart disease and particles from wildfire smoke, which includes cardiac arrest. Therefore, it is pertinent that relevant authorities are well aware of the impact and effects of wildfire smoke on people with existing heart conditions.

There is sufficient evidence to point out the link between heart disease and wildfire smoke. Another study reported in the Journal points out a 7% increase in heart attacks in two months reported in people exposed to fine particles from wildfire smoke. It mainly impacted people who were elderly or between the ages of 65 and 70.

The Best Ways to Protect Yourself from Wildfire Smoke

Global climate change means that the severity and regularity of wildfire in the United States will continue increasing in the next decade. Therefore, it is pertinent that you take all necessary precautions to protect yourself from the dangers that exposure to wildfire smoke poses. Here are a couple of suggestions that may help you:

Gases and smoke particles from nearby wildfires can build up inside your home quickly, and that’s why you should keep all your doors and windows closed. If you’re using an air-conditioner, you should ensure that your HVAC unit doesn’t allow fresh air intake, as that will increase the risk of toxic air getting inside your home.

Also, investing in a high-performance air purifier system will work wonders for you, as it will remove any dust or fine smoke particles in your home. It will also control the air breathability inside your home and ensure that any air you breathe is safe and won’t threaten you or other family members inside the home.

You can also ensure that your exposure to fine toxic particles from wildfire smoke is reduced by spending as much time as you can indoors. Limit the amount of time you and your kids spend outdoors, whether going shopping in the city center or spending time in the backyard. Remaining indoors is the best solution when there is a wildfire near your area, and it’s the best advice for children, the elderly, and those with respiratory issues.

A surgical mask or a paper dust mask won’t be enough to keep the toxic air out and expose you to fine smoke particles from wildfire smoke. You want to purchase a mask with the KN95 certification, limiting your exposure to toxic smoke and air pollutants. If you must go outside, always ensure that you’re wearing a mask and have your children wear their masks as well.

When the air quality is already bad, you should avoid adding more fuel to the fire by investing in activities that pollute the environment. That means avoiding lighting candles inside the home or lighting up firecrackers outside. It’s also not the best idea to host a barbecue or light up a bonfire and have everyone sitting outside when there is toxic wildfire smoke in the area.

If you’re experiencing a wildfire in your area or fear being exposed to wildfire smoke in your area, don’t hesitate to contact 911 Restoration of Middle Tennessee. We have helped thousands of people avoid the threat of toxic wild smoke and can do the same for you. The wildfire smoke may seem distant from you, but as we have already shared, the smoke can travel thousands of miles and go up thousands of meters into the Earth’s atmosphere, so you may not be as safe as you think. Call us today.